Now allotments[1] situated behind Old London Road and bordered by Mount Road and Ashburnham Road, this field covering between 11 and 12 acres also known as Paul's Land derives from the name of an occupier (William Paul) dating to the middle of the 18th Century. The land was once three separate fields; Shooswells (or Spring Field 1769), Weeke's or Werrick's Croft (Barn Field) and Manning's Croft[2] 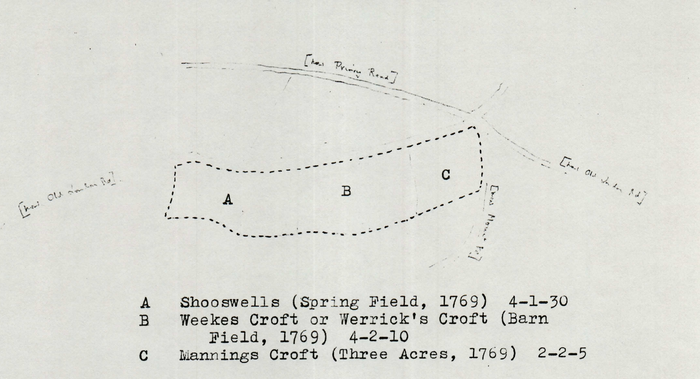 During 1902, serious discussion took place in the council as to whether the land, then owned by the Rev. Sayer-Milward could be purchased to create a park for the area, which could be known as 'Milward Park', however the sloping nature of the site meant that any recreational usage such as football pitches would not be possible. The council voted in favour of acquiring the land[6] ultimately a community organisation, the Hastings Allotment Association, eventually acquired a lease to the land at some point prior to 1920[7].